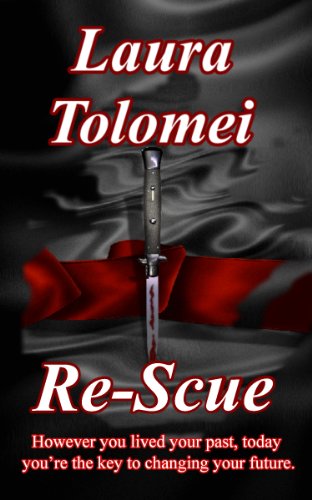 Original borderline story at the edge of accepted
conventions, Re-Scue spans four different lifetimes connected by an insane passion
for sex and blood. The players–a hunter with his prey–change shapes
and sexes, but their sensually seductive game is as exciting as the first time. The rules are simple. Sex without emotions is what the hunter wants, but the prey seems
unwilling to give, refusing to play by this incomprehensible rule. Didri and Tylean begin the
sadistic ritual on Byoldar, a futuristic world where he teaches her about pain
and pleasure. The game continues with Aural and Rhodri on Thuly, a fantasy
medieval-style world. Together, they will break new boundaries in passion
without emotions, leaving it to Leon and Sean to end the game on 21st
century Earth.

As I said, Re-Scue is an original borderline
story, at the edge of accepted conventions, which spans four different
lifetimes, each set in a world of its own, where the main characters take
various shapes and sexes. The connecting line between each lifetime is a
sensually seductive game of sex and blood, played by a hunter with his prey,
which ends in tragedy most of the times. Only in the last tale will the prey
outsmart his hunter, forcing him to accept new terms for their never-ending
game. The romantic developments are also unique as the characters change sex
and shapes during the lifetimes, even assuming animal forms in one of the
stories, while their relationship remains basically the same. The resolution is
achieved when both characters learn to accept their responsibilities within the
game’s parameters, which is simply their way of disguising their own life. In
short, the tag line could be:

Through consecutive lifetimes, the hunter and his prey
play a seemingly endless game of sex and blood, seductively chasing after
possession, surrender and long release.

The best in bookpr, book sales and selling self-published authors